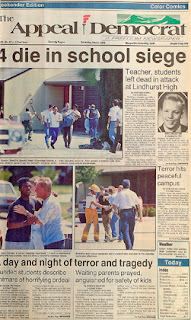 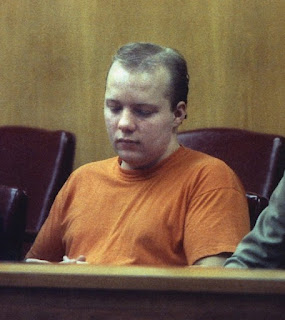 Inspiration: Was said to watch the movie Terminator repeatedly, which would initiate conversation about shooting up his old school.
Possible motive: Was a former student, had dropped out. Regretted not graduating or getting his G.E.D. Admitted to holding a grudge against his former civics teacher and first victim because shooter had failed his class.
Weapons:
12-gauge pump-action shotgun
Sawed-off .22-caliber rifle

Resulting actions: Shooter was apprehended after an 8 hour standoff. He was sentenced to the death penalty in 1993. in 2012 The California Supreme Court upheld his death penalty conviction. He is currently awaiting execution at San Quentin State Prison. 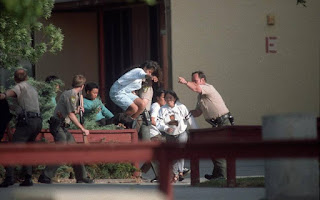 The Shooting: Houston entered his former high school and went to the civics classroom where he shot his former civics teacher Robert Brens he then turned and shot 17 year old student Judy Davis. In the hallway he shot fatally shot student Jason Edward White in the chest. He aimed his gun at a female student, and 16-year-old Beamon Aton Hill pushed her out of the way taking the shotgun blast to the head. He injured 10 more students before entering a classroom with 30 students inside. He took the class hostage and sent one student out to get more hostages threatening to kill more people if he didn't return. Houston held about 80 students hostage during his 8 hour standoff with police before surrendering.

Houston was found guilty and sentenced to death. As of March 2018 he was still on death row.

Popular posts from this blog 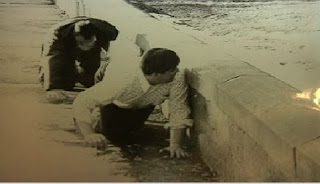 This shooting is not currently included in our research data because information on it is far too limited. If anyone can help fill in the "unknowns" it would be most helpful.

Shots Fired: 33
Time lapsed: 90
Police response time: 20
How ended: Taken by police after 2 1/2 hour siege. Shooter was arrested and held for trial. He committed suicide while in jail.

Perpetrator: Anthony Barbaro
Age: 17
Family history: Unknown
Red flags: Told a friend he wanted to hold up the Olean Armory and engage in a police standoff. Also told friend, "How funny it must feel to be a sniper holding off people."
Mental illness history: None known
Drug or medication use: None known.

Inspiration: "I guess I just wanted to kill the person I hate most -- myself, I just didn't have the courage. I wanted to die, …
Read more

School Shooting Data: What is the Menninger Triad? Murder+Suicide by Proxy 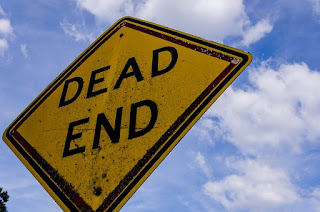 One thing that holds true of every single mass shooter out there, they were consumed by hate. The targets of that hate vary greatly, some mass shooters have cited feminism as the source of their fury, others have targeted religion, some seemed to blame social problems for their ills, while others pointed the finger at society as a whole.

If you take the source of the trigger out of the equation you will be left with hate. Pure, unbridled, red hot, passion and fire, hate. Those that left writings behind were often full of anger and fury, reaching out for anyone and everyone who could be to blame.
If you go down even deeper, you will find a deep hatred of their situation, of their life, of their very self. They got kicked out of school, lost their job, or their girlfriend, or got grounded, or humiliated. Whatever the trigger event may have been, their life had hit a dead end.
Freud described suicide as "murder of self," but theorized that those who are depressed but lacked …
Read more